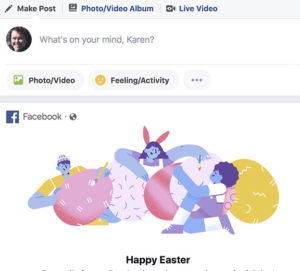 I’m not alone in asking this question. There’s #DeleteFacebook on Twitter and various stories in the media about those who’ve gone cold turkey.

Maybe it was always too good to be true. Troves of email users moved on to Facebook to keep up with long-distance friends and relatives, getting instant gratification when friends comment on photos of travels, snapshots with the kids, marches and protests attended. “Like” us and we’re instantly validated.

Facebook gives us an opportunity to vent our outrage over the latest Trump debacle and stay current on local political events. In rare cases, it has been my only source of information on a friend or relative’s surgery or even a death notice.

But it can feel like a chore to scroll through so many posts that so many friends have liked or hated, the shared amat

The data was captured by Cambridge University Psychology Professor Aleksandr Kogan, who collected it for academic research using a personality test app called “thisisyourdigitallife.” About 270,000 Facebook users took the bait, and data on tens of millions of their friends was also collected.

Facebook said that it routinely allows researchers access to user data for academic research, but prohibits that it be sold or transferred to any ad network or data broker, which is just what Kogan did. He funneled it to Cambridge Analytica, largely funded by Robert Mercer and Steve Bannon, who used the data to drive Trump’s presidential campaign. It seems that “drain the swamp” and “deep state” didn’t come out of thin air.

It turns out that in earlier races, before facing scrutiny over questions about Russian interference in the 2016 presidential election, Facebook had offered campaigns a place to overlap their voter data with Facebook’s huge collection on users’ behavior, according to The Washington Post.

Facebook is facing an investigation by the Federal Trade Commission on whether it violated a 2011 consent agreement to keep users’ data private, according to news reports. Federal regulators and state prosecutors also are opening investigations.

Founder and Chief executive Mark Zuckerberg says he’s sorry. “We have a responsibility to protect your data, and if we can’t then we don’t deserve to serve you,” he posted on Facebook, and, after much pressure, has agreed to testify in the coming weeks before Congress.

It’s estimated that besides losing users, Facebook has lost $80 billion in market value as of the end of March. A real wakeup call.

I think that after tightening my privacy settings, I will continue cautiously using Facebook, and I hope that my friends won’t be taking any personality quizzes.

Behind the Headlines is a column by Karen Kirk, Deputy/ Editor and Photo Editor of The Blue View and a retired journalist.