Karen Keys-Gamarra, Abrar Omeish and Rachna Sizemore Heizer were endorsed for the Fairfax County School Board by Fairfax County Democratic Committee on Tuesday night, May 21.

The three candidates, in the order above, were the top vote-getters in a poll among FCDC members, easing out incumbent Ilryong Moon. A total of 1,337 members voted through early voting and at the meeting itself, held at Lake Braddock Secondary School.

The candidates are running for three at-large school board member  slots to be elected at the general election on Nov. 5.

FCDC also ratified the endorsements of nine magisterial district Democratic committees for school board members from those districts, who will also face voters at the general election. 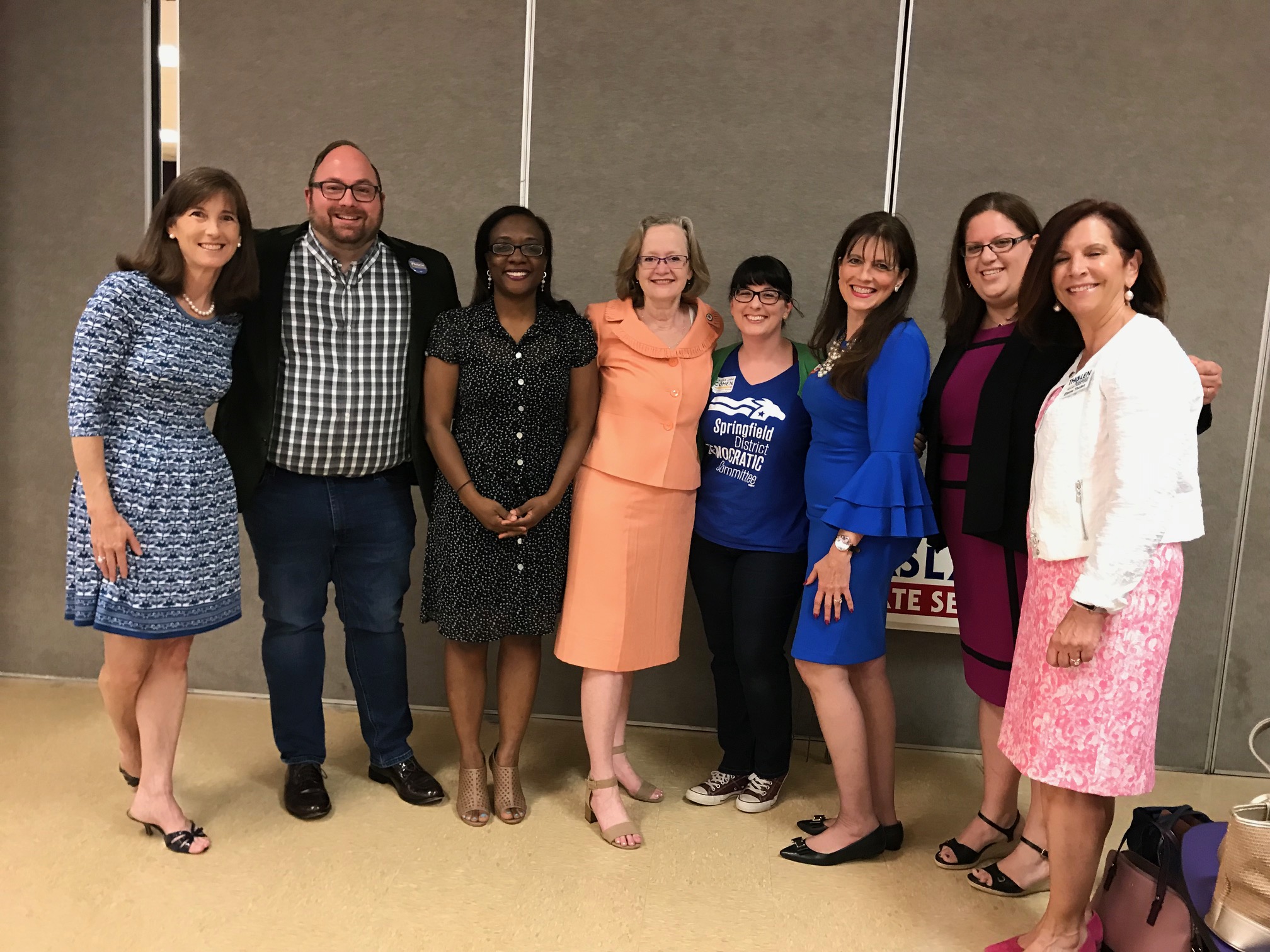 Keys-Gamarra is an incumbent, elected to the school board in a special election in 2017. As a child advocate and attorney, she has represented hundreds of children in situations involving abuse, neglect, adoption, and criminal matters.

Omeish is the co-founder of a non-profit providing tutoring and mentorship and co-chair of the school board’s Human Resources Advisory Committee.

Heizer is a college professor, management consultant and member of the school board’s Advisory Committee for Students with Disabilities since 2012.

Main photo: L-R Karen Keys-Gamarra, Abrar Omeish and Rachna Sizemore Heizer at the endorsement meeting of the Fairfax County Democratic Committee on May 21