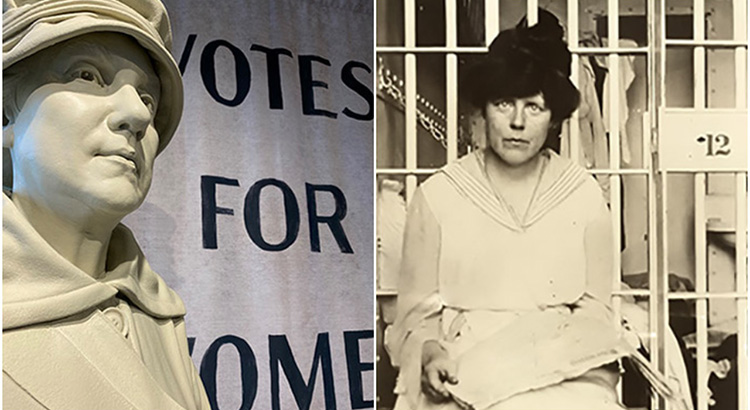 Virginia House Speaker Eileen Filler-Corn (D-Fairfax) announced Virginia’s ratification of the Equal Rights Amendment (ERA) on Monday, Jan. 27. In her official statement, she said, “We stand today on the shoulders of the thousands of women — and men — who have fought for the last 97 years to secure the ERA’s ratification. Finally, women have a place in our nation’s founding document.”

Virginia made history by becoming the 38th and final state to ratify the amendment. The next steps in the constitutional process call for formal certification to the President, Congress and to the Archivist of the United States. The Archivist is charged to certify that the amendment has been ratified by two-thirds, or 38, states.

Although the ERA sailed through Congress in 1972, it failed to attain the necessary number of state ratifications by the deadline set in 1979, or after a three-year extension. Only 35 of the 38 required states had approved it. Some now believe that the timeline has passed, requiring a re-start of the process.  Others argue that the deadline is not enforceable, and that Congress has the ability to change the deadline as they had before.

In a further complication, a few of the 38 states which previously ratified — Idaho, Kentucky, Nebraska, Tennessee and South Dakota — have rescinded their ratifications. ERA proponents say that there isn’t a provision to rescind ratification in the Constitution.

In Virginia General Assembly sessions prior to 2020, the Senate often voted to ratify ERA. However, until this session, the House had not voted in favor of the amendment. On January 15, with the first Democratic Party majority since 2007, the House lead passage by a 59 yes to 41 no vote quickly followed by a Senate vote of 28-12 to pass.

Soon after the Virginia House action to pass the ERA for the first time in its history, the Lucy Burns Museum opened its doors for the first time to the public on January 25.  Located at the Occoquan Workhouse where suffragists were imprisoned, beaten, and force fed, the museum tells the story of suffragists’ struggles to bring the right to vote to women; a precursor for equal rights.

The suffragists’ work, which led to passage of the right-to-vote amendment in 1920, set the stage for continued calls for an Equal Rights Amendment.  Their simple concept, often referred to as the Alice Paul Amendment, states, “Equality of rights under the law shall not be denied or abridged by the United States or by any state on account of sex.”

The Lucy Burns Museum chronicles the women and events leading to suffrage. Through period photographs and graphics, visitors learn of 18th and 19th century activism in the atmosphere of the restored workhouse. Visitor Jay Roberts of Alexandria, one of about 100 opening day visitors, said of the museum, “It’s a wonderfully great example of adaptive reuse and a much-needed place to tell the women’s rights story.”

Photos at top: Larger than life statue of Suffragist Lucy Burns by Susan Laume; Burns in a cell at  the Occoquan Workhouse after women’s rights protests in November 1917 is a public domain photo.