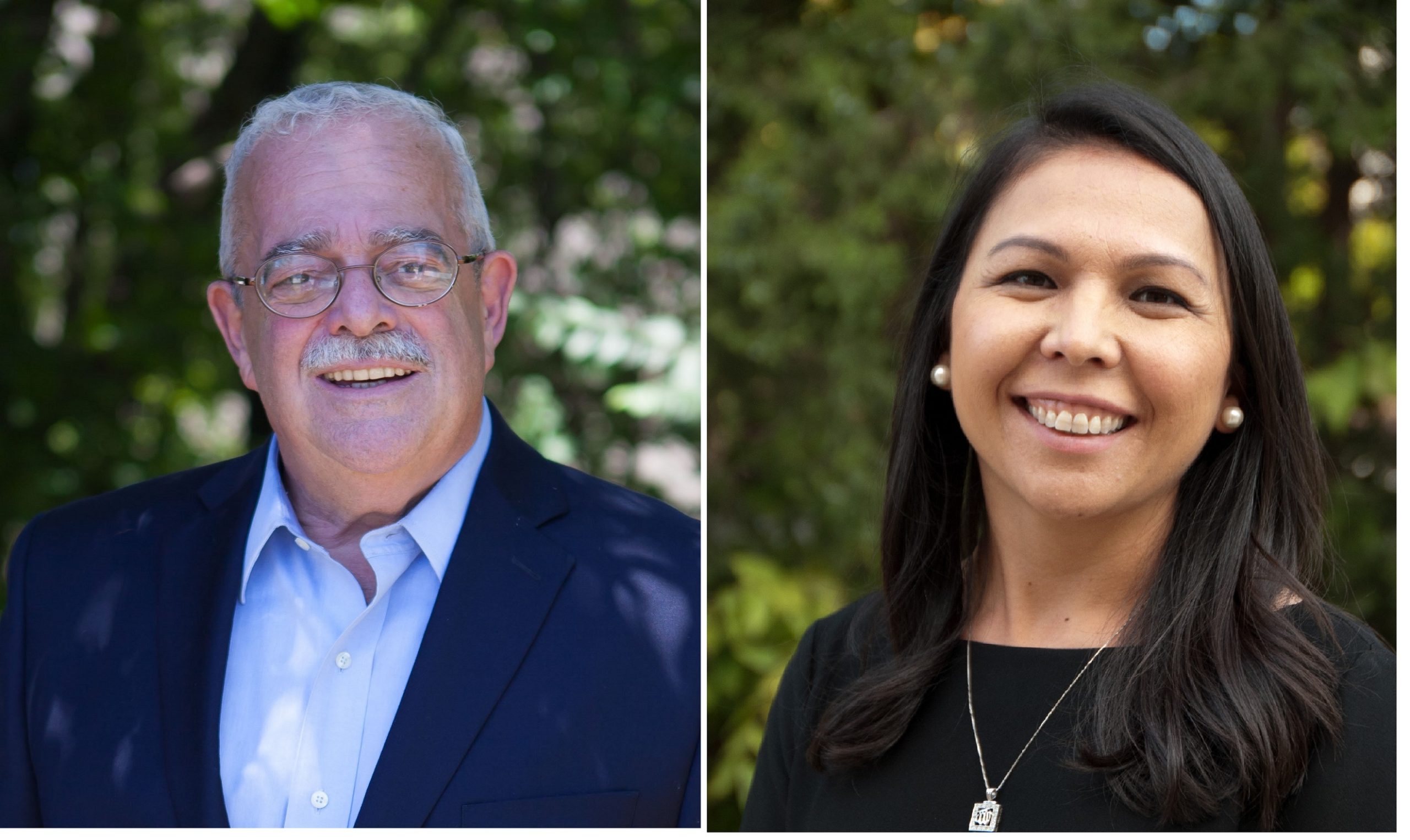 It’s time for Democratic voters in Fairfax County to decide who will carry the party’s standard at the polls in November for US representative in the 11th Congressional district.

To help voters decide, The Blue View asked both candidates – incumbent Gerry Connolly and challenger Zainab Mohsini – to answer the same four questions on critical topics facing our nation and region.  Their answers are below.

1. What should Congress do to counter racism in policing?

America is in the midst of a much-needed national reckoning. Time and time again we see Black people killed by police, and the officers involved facing no consequences, often returning to work.

To fix this we need to end qualified immunity for police officers, stop the sale of military equipment to police departments, incentivize local police forces to use community policing and improve training for non-violent interventions, and place a federal ban on the use of chokeholds. I’ve sponsored legislation that would do all of these things.

Systemic racism is ingrained in the fabric of our policing system. There are steps that we can take to reform the existing police. However, our larger focus needs to be on defunding the police and investing in social services, affordable housing, rehabilitation programs, and restorative justice. We must resolve the root issues of social, economic and political disenfranchisement in lower income communities and communities of color, particularly Black communities.

2. What form of increased access to healthcare do you favor?

A single-payer, government-run healthcare system is the best way to ensure that every person receives quality medical coverage. I support a Medicare for All plan that:

The proudest vote of my career was for the Affordable Care Act in 2010. It nearly cost me my seat in Congress, but thanks to the ACA, 20 million Americans now have access to health insurance.

Until Donald Trump came to office, the ACA was working: costs of healthcare were going down, and access to insurance was greatly expanded.

We need to beat the Republicans in November to finally end their war on Obamacare. Then we need to get more states to expand Medicaid. Finally, we need a public option for health insurance to compete on the marketplace against private insurers and bring down costs even more (which I voted for in 2010, but sadly was cut out of the final bill).

3. What is the most important way Congress can help fight climate change?

The two most concrete things Congress can do to fight climate change are re-join and ratify the Paris Climate Accords and pass the Green New Deal. I voted for the Stimulus Bill in 2009, which was the largest green energy investment in our nation’s history. I was the first Virginian to sign on to the Green New Deal, and the United States desperately needs to implement it, before it’s too late.

I fully support the Green New Deal Resolution and all Green New Deal Bills, which assure that as we are using the values of environmental justice to create a more just and sustainable society. I support:

What are two high priority northern Virginia issues you want to target as CD-11 representative?

Our district is over 30% first-generation immigrants. The Trump administration has explicitly attacked immigrant communities which has exposed even further the structural inequities that our communities face. To protect immigrant rights, we must:

Education is a human right. However, the cost of Pre-K and college is often too much for working class families in our district. As we’ve seen, students of color and students who aren’t neurotypical face harsher punishments in public school. We need to make our education opportunities accessible for everyone, especially since school is so tied to social mobility. To increase educational equity, we must:

Sadly, the highest priority for the 11th District for the next two years will be dealing with the COVID-19 crisis, both continued economic fallout, and a probably resurgence of new cases in the fall. I’ve co-sponsored the Paycheck Guarantee Act which would guarantee salaries for COVID-19 job losses for up to 3 months. I also voted for the HEROES Act which will provide nearly $1 trillion in state and local aid to prevent them from having to slash jobs due to revenue shortfalls, exacerbating the recession.

Finally, I have long supported comprehensive immigration reform and gun control, which can finally become law if we win the Senate in the fall.