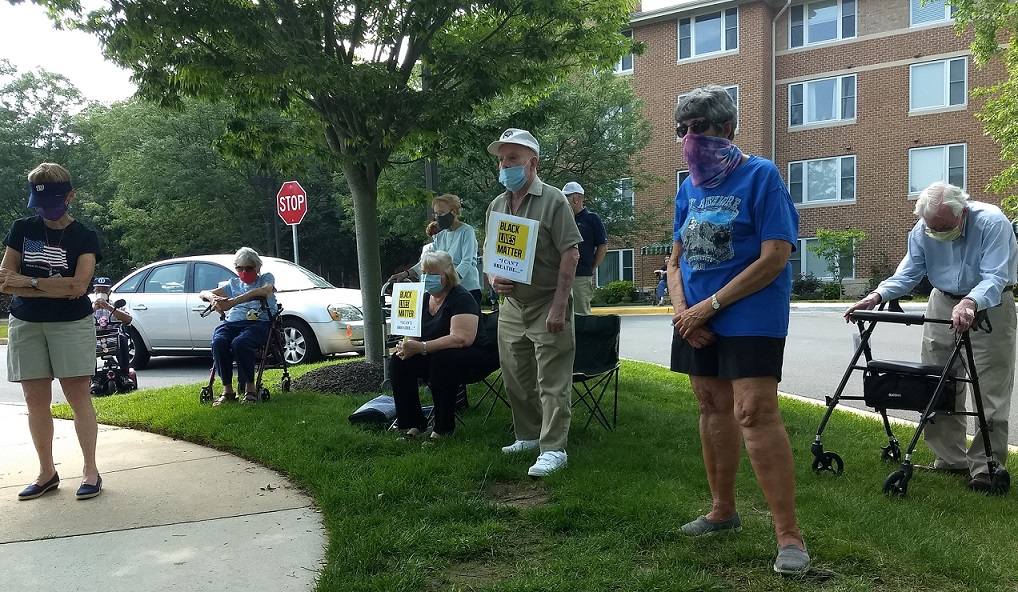 The Black Lives Matter movement touches Americans of all ages, including the residents of Greenspring, a senior living community in Springfield, who held their own memorial event on the day George Floyd was laid to rest.

Approximately 155 residents, together with an estimated 20 staff members, gathered outside the Erickson Living facility on Tue., June 23, at 4 pm to observe  8 minutes and 46 seconds of silence in honor of the black American whose death apparently resulted from strangulation by a police officer in Minneapolis pushing his knee into Floyd’s neck for that length of time.

“They walked, they stood, they came with rollators and wheelchairs, and some took a knee – all while wearing masks and observing social distancing in 90 degree weather,” observed Eva Freund, a Greenspring resident who participated in the memorial.

The event was organized by the residents to show that even through they are not able to join the daily demonstrations in downtown Washington, they strongly support eliminating systemic racism in policing.

“I was touched by the fact that so many residents showed up. It was very short notice. The group of residents had only 1 1/2 days between discussing the idea and the event actually taking place, and the ways of notifying each other were limited — phone calls and emails,” said Freund.

Photo: An estimated 175 residents and staff of Greenspring senior living community in Springfield held their own memorial event on the day George Floyd was buried