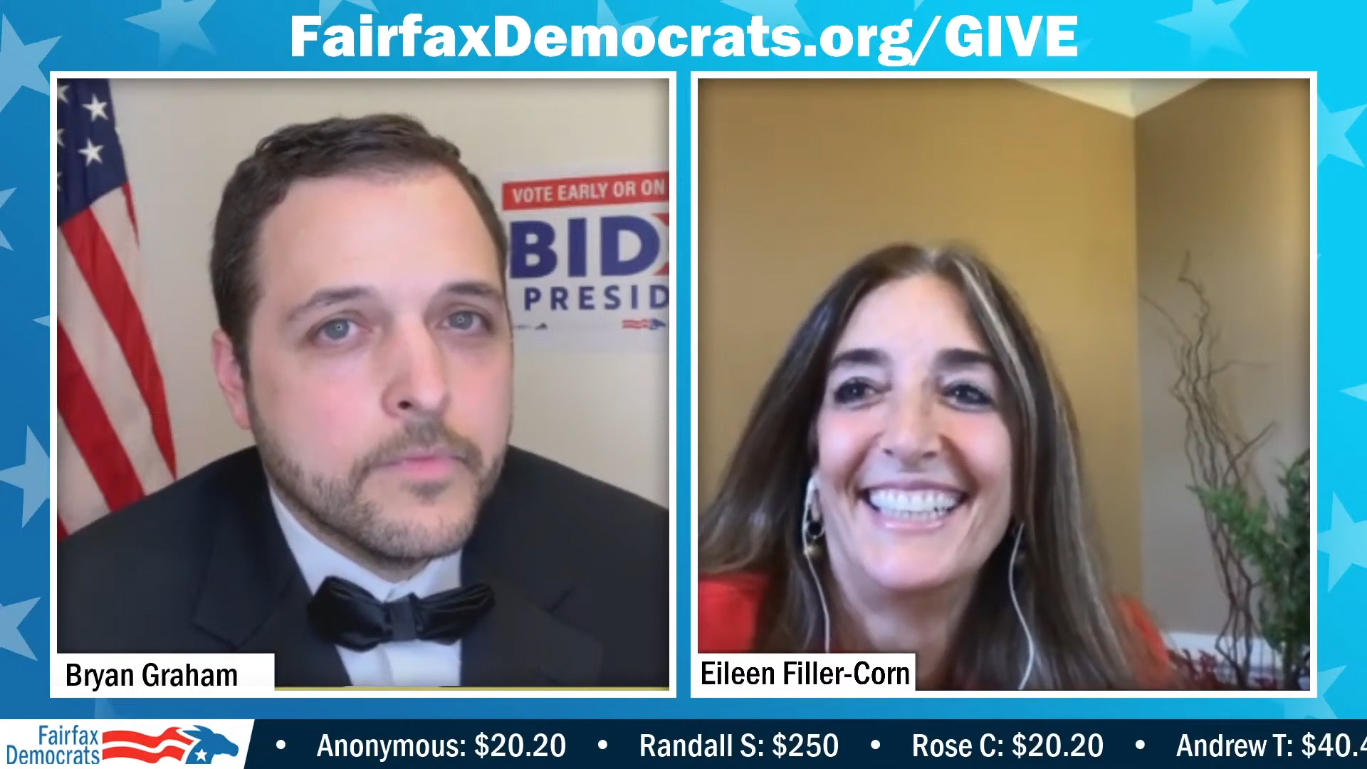 No facet of human activity, it seems, has been spared the ravages of SARS-CoV-2, the virus responsible for the COVID-19 pandemic. Not least of these has been the Fairfax County Democratic Committee’s fundraising for the all-important 2020 Presidential campaign.

Faced in late Winter with having to abort several planned in-person fundraisers because of CDC guidelines, the members of FCDC’s Finance Committee were chagrined. Such in-person events are by no means FCDC’s only source of funds, but they contribute an important fraction of the modest, yet critical, overall financing that makes FCDC the Blue vote-getting juggernaut that it is.[1]

In-person fundraisers contribute more than money to FCDC’s ability to promote and project the Democratic brand. Because candidates typically appear in person, they get to hear voters’ concerns directly, while voters get to meet their aspiring representatives in the flesh. These person-to-person experiences help produce Democratic voters for life.

So in April, when Finance Committee chair Tina Barchik called the committee’s monthly meeting to order, members found themselves casting about for alternative ideas, mainly virtual substitutes. Among the considerations was how much to charge for tickets. One idea sparked another until, finally, the concept emerged: why not borrow a page from old-time live TV, the telethon, and do — a webathon? In recognition of family finances straitened by the COVID-induced economic crash, we would price tickets at a level accessible to all: nothing; instead, viewers could call in donations to live volunteers, or donate directly online.

FCDC’s First-Ever, 2020 Fundraising Webathon would ‘air’ July 9, from 5:30, PM to 8:00 PM, on Thursday, July 9. The program would consist of live interviews and policy discussions, alternating with recorded entertainment segments.

Invitations quickly went out to candidates and elected officials. Three would go on to appear live: Congressmen Gerry Connolly and Don Beyer, both running for reelection, and Virginia House of Delegates Speaker Eileen Filler-Corn. Other candidates and ‘electeds’, from Senator Mark Warner on through Fairfax County Chairman Jeff McKay, sent recorded greetings.

Mary Yee, an FCDC volunteer well immersed in the local performing arts world, reached out to fellow artists. Quite a few responded enthusiastically, recording pro bono performances they dedicated to FCDC. Another FCDC member, Sara Fors, recorded intros to the entertainment pieces, which Rotonda precinct captain and videographer Kelsey Woody wove into seamless videos. There were also live — and lively — policy discussions, with audience Q&A: on healthcare policy (with Georgetown Professor and healthcare guru Judith Feder); labor and the employment outlook (with David Broder, president of the Virginia chapter of the Service Employees International Union); and on ‘Reclaiming Patriotism’ (with member Brandon Thurner interviewing eminent scholar Amitai Etzioni on his most recent book, of the same title, available as a free download.

The challenges of marrying the disparate digital platforms we would use for our live-stream — Zoom, Facebook, YouTube, and FCDC’s own website — yielded to the IT wizardry of the technical team: FCDC chair Bryan Graham (who was also the live program host); Executive Director Jack Kiraly; and Tysons precinct captain Jessica Sun. (View the production credits here.)

We did not expect the webathon to produce as much funding as the live events it replaced might have, and it didn’t. But it did yield enough, for example, to reach 10,000 strategically-targeted Fairfax voters with ‘get-out-the-vote’ letters and Democratic sample ballots in October — one of our most effective vote-getting tools. And, unlike live fundraisers, the webathon can keep on giving.

If you missed this signal event, stream the replay here — and consider making a small (or large) donation. Your contribution would help ensure that Fairfax remains dark Blue — and help put a responsible adult in the White House come January.

[1] Lest anyone doubt FCDC’s prowess in helping get Democrats elected, consider this: of the 64 federal, state, and local government offices filled through elections in Fairfax County, only four today are not held by Democrats: President and Vice President of the United States; a lone Republican on the 10-member Fairfax County Board of Supervisors; and the Clerk of Court. The Republican on the County Board and the Clerk of Court are safe until the next local elections, in 2023. See the entire list of officeholders here. 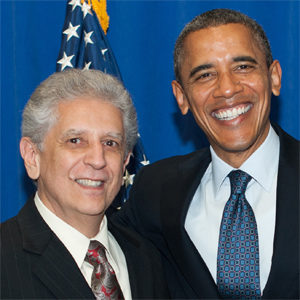 Ray Marin is a retired US career diplomat and recent past chair of the Providence District Democratic Committee.