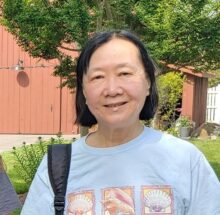 Everyone with private health insurance will have protections against surprise billing starting this month (January 1, 2022), thanks to the No Surprises Act of 2021, which was passed overwhelmingly and with bipartisan vote by Congress in December 2020.

Surprise billing occurs when an individual covered under a private health insurance policy (not Medicare or Medicaid) receives an unexpected bill in an emergency situation or when a service in an in-network facility is provided by an out-of-network health care provider.  Providers can join an insurer’s network (usually to get more patients) or choose not to join a network because of the terms of the network contract (for example, reimbursement for medical services, electronic medical records, credentialing, prior authorization of services and billing procedures).  Generally, private insurance policies require a  patient to pay more (in copayments or coinsurance, or for services before a deductible is met) when they receive medical services from an out-of-network provider.

Surprise billing is relatively common.  On average 18% of emergency room visits and 20% of patients undergoing in-network elective surgeries or giving birth in a hospital received surprise bills.  Even if the surgeon is in-network, other hospital providers such as surgical assistants, anesthesiologists, and radiologists may be out-of-network.  More than half of U.S. consumers report having received an unexpectedly large bill for medical services. There has been literally no limit to what an out-of-network provider can balance bill a patient beyond what the insurer pays in-network providers.  The New York Times, Kaiser Health News, and other news organizations have published numerous stories on surprise bills of thousands of dollars or more.

Bill of the Month

A majority of states, including Virginia have passed legislation to address surprise billing.  However, states can only regulate certain types of insurance (private individual and group policies bought through insurance companies) but not health insurance policies that are self-insured by most large employers.

Under the No Surprises Act, providers and hospitals cannot bill patients more than the in-network cost sharing amount for surprise bills.  Providers and health plans must notify consumers of their surprise medical bill protections.  Out-of-network providers cannot bill the patient directly but must submit the surprise out-of-network to the insurer. Patients can give prior written consent to waive their rights under the act and be billed more by out-of-network providers but not for emergency services, ancillary services, assistant surgeons, hospitalists, and intensivists, diagnostics services (radiology and lab), and if there is not another in-network provider who can provide that service in that facility.

The No Surprises Act covers air transportation but not ground transportation.  Fortunately for us, Fairfax County Fire and Rescue does not charge ambulance passengers more than what the health insurers pay for the ambulance ride.  However, private and public ambulances in other areas may balance bill passengers.

The patient will be removed from payment disputes between providers and payers.  Insurers and providers can negotiate privately on the amount to be paid the out-of-network provider.  If they can’t agree, either party can ask for an independent dispute resolution process, which will charge fees from $200 to $500 for a single case or $268 to $670 for multiple determinations to the loser of the dispute.  It is expected that out-of-network providers will be paid close to the median rate that insurers pay in-network providers in a geographic area.   The Congressional Budget Office estimates that the No Surprises Act would typically reduce health premiums by 0.5% to 1%.

Patients have the right to appeal health plan decisions on surprise billing.  A national consumer complaints system has been established for surprise medical bills (1-800-985-3059).

Under the act, providers, health care facilities and air ambulance providers are required to give uninsured (or self-pay) individual good-faith estimates of expected charges for scheduled health care services and may have to participate in a patient-provider payment dispute resolution if their billed chargers are higher than the estimate given.

Medicare has always had consumer protections for out-of-network bills.  Only one percent of non-pediatric physicians have formally opted-out of participation in Medicare.  The highest percentage is 7.2% of psychiatrists who have opted-out.  Providers who do not participate in Medicare can balance bill patients but the total charge can’t be more than 15% more than Medicare will pay the provider (some states further limit this amount).  Out-of-network providers who treat Medicare Advantage plan enrollees must accept as payment in full amounts the provider would have collected if the patient were enrolled in original Medicare.

For more information on the No Surprises Act: